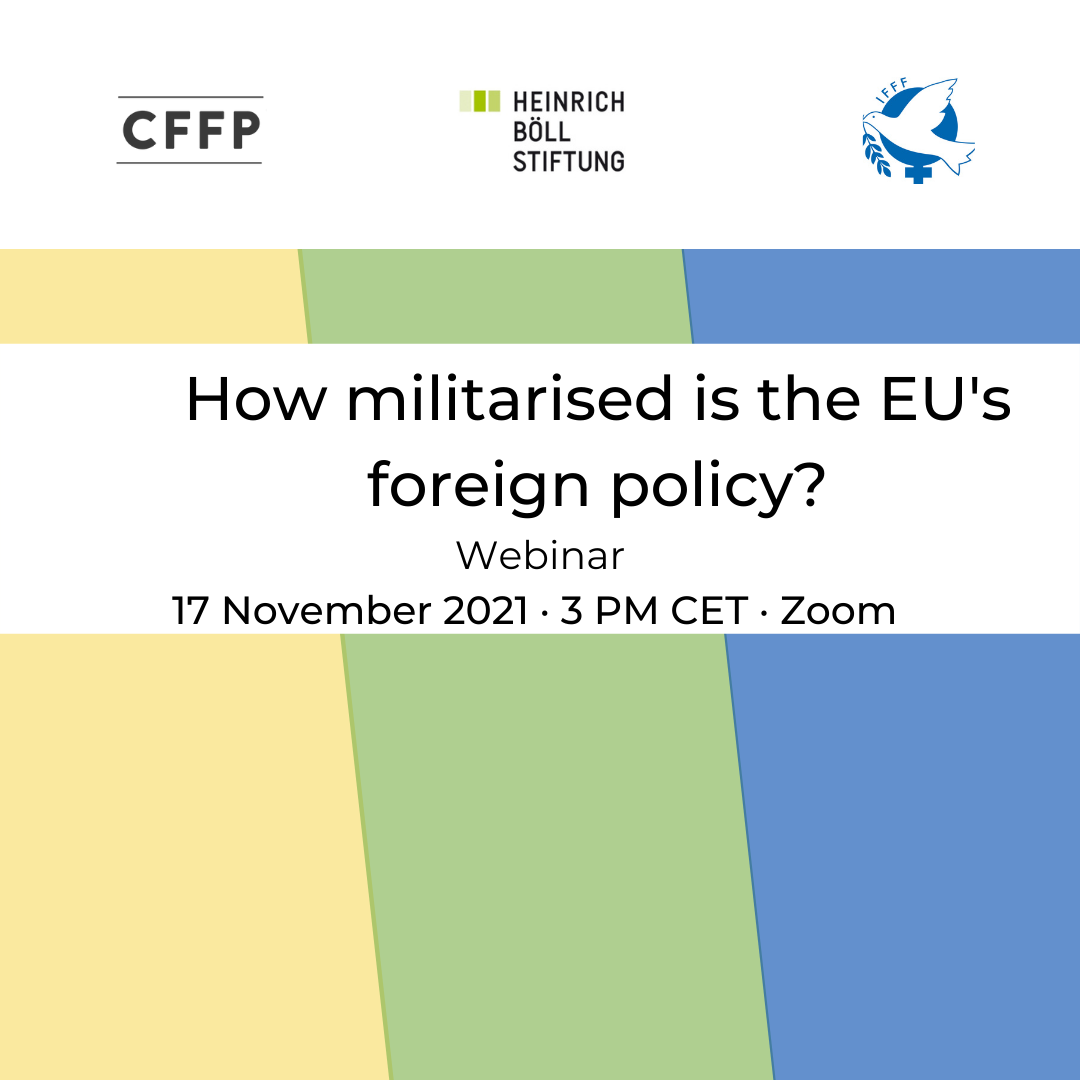 Since 2016, EU member states have worked to strengthen their cooperation within the Common Security and Defence Policy (CSDP), to become increasingly able to develop and use ‘hard military instruments’ in the name of security. The establishment of the European Defence Fund, the initiation of the Permanent Structured Cooperation (PESCO) and most recently, the European Peace Facility (EPF), are probably the most prominent examples of this development.

The EPF bypasses the EU budget, makes it possible to equip third countries, as well as regional and international organisations, with European weapons and expands EU Missions in Africa and beyond. European defence industries are working on joint flagship projects such as the Euro drone, the Future Combat Air System, and the Main Ground Combat System, and are gaining more and more influence within Brussels.

Increasingly, militarised response also become normalised responses to humanitarian crisis, such as the one on EU’s external borders. This shift in EU external action is also reflected in the current strategy for the EU foreign and security policy, the Global Strategy for the European Union’s Foreign and Security Policy. While its predecessor, the European Security Strategy (2003), aims for a secure Europe in a better world, the Global Strategy drops the ambition to work towards a better world, and only towards a stronger Europe (Davis, 2019).

Together with academics, policy makers and civil society, we want to talk about this rapidly progressing militarisation of the EU, its drivers and consequences and jointly discuss steps of how the EU can contribute to fostering peace and justice.